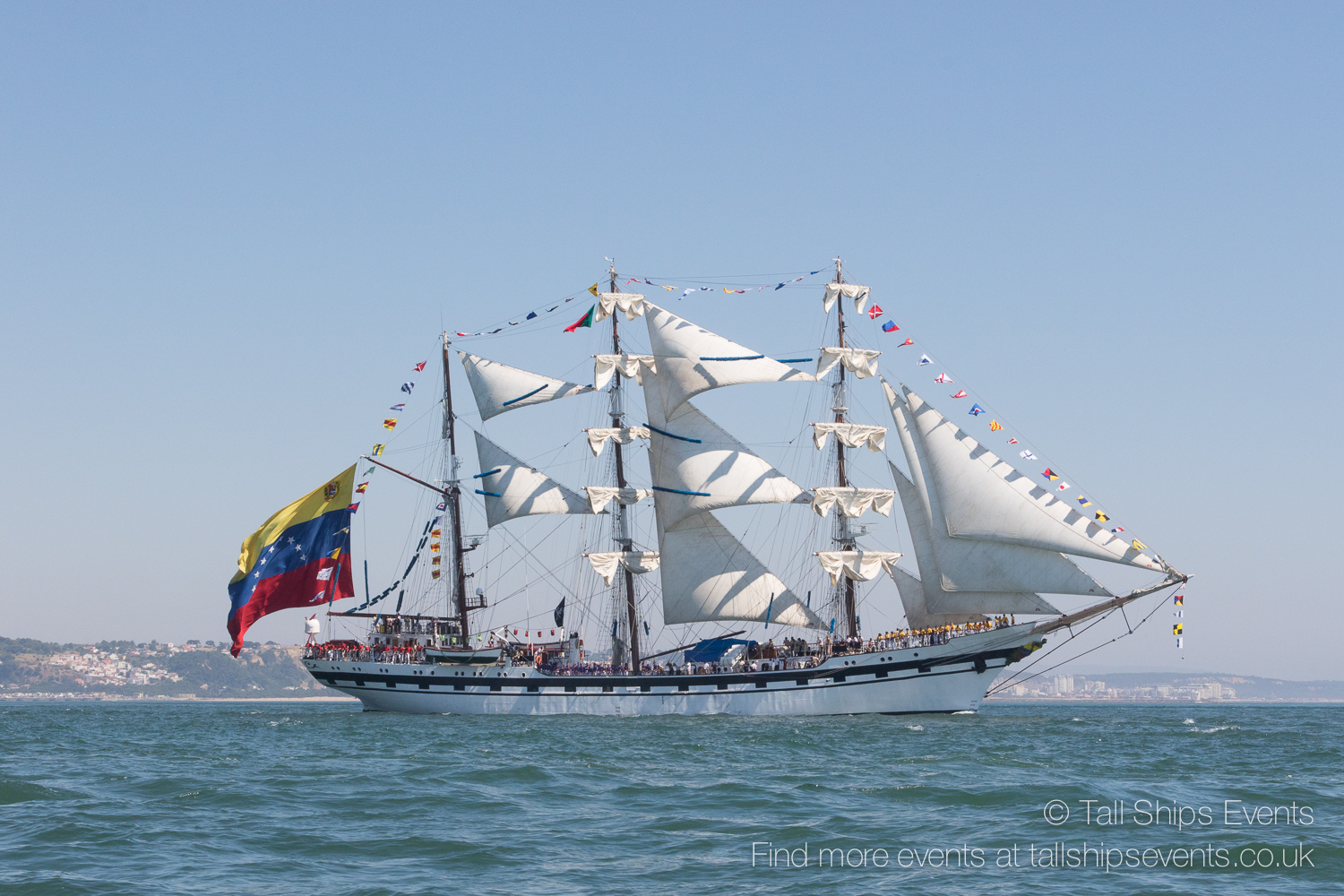 Launched in 1980, Simón Bolívar is a Sail Training tall ship of the Venezuelan Navy. She's named after the Venezuelan leader who played a key role in the liberating of Bolivia, Colombia, Ecuador, Panama, Peru and Venezuela. Though Launched in 1980, her design (like those of her three sisters¹) is very similar to the Blohm & Voss designs for German Navy tall ships² from the 1930s.

The itinerary of Simón Bolívar reguarly sees her attending many international tall ship events each year, with highlights having included Operation Sail (1986 and 2000) and Velas SudAmerica in 2010.

Did You Know? Many navies from across the world use tall ships like Simon Bolivar to expose their cadets to an experience known as 'Sail Training', a course in personal and professional development championed worldwide for its effectiveness in developing key skills in leadership, teamwork and more.