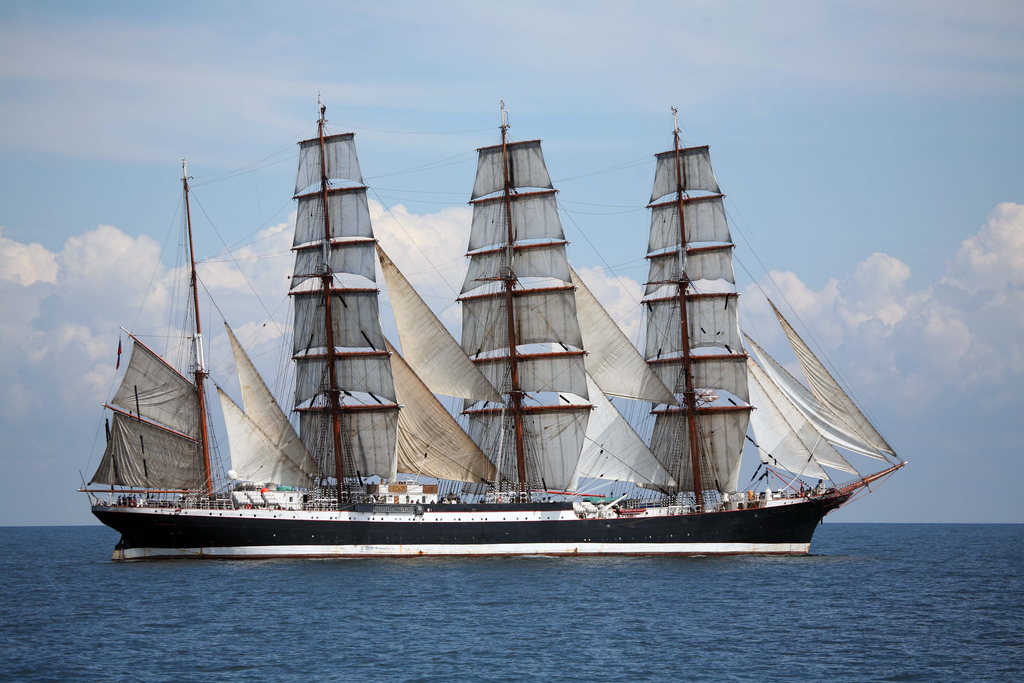 STS Sedov is a class A 4 masted barque.

Launched in Kiel in 1921 (as Magdalene Vinnen II), Sedov was originally German a cargo ship, with her maiden voyage (after leaving Bremen) seeing her transport coal from Cardiff to Buenos Aires in just 30 days. In her time she also transported timber, wheat and pyrite from countries including Finland, Australia and Italy.

In 1936 she was sold and renamed Kommodore Johnsen, with a conversion that saw her gain space for around 60 trainee officers whilst still being capable of carrying cargo. In 1945 she was then handed to the Soviet Union as a war reparation and renamed Sedov (after the arctic explorer Georgy Sedov) before entering service as a Sail Training ship for the Soviet Navy in 1952.

From 1957 to 1966 Sedov was used as a oceanographic research vessel and a training vessel for Soviet Navy cadets. Through the 70's she was then used by the Ministry of Fisheries as a Sail Training ship before going in for renovation. Following renovation she then came under ownership of the Murmansk Naval School (1981) and until this day has been used as a Sail Training ship for cadets from a number of Russian Naval Academies.

Did You Know? Many navies from across the world use tall ships like Sedov to expose their cadets to an experience known as 'Sail Training', a course in personal and professional development championed worldwide for its effectiveness in developing key skills in leadership, teamwork and more.