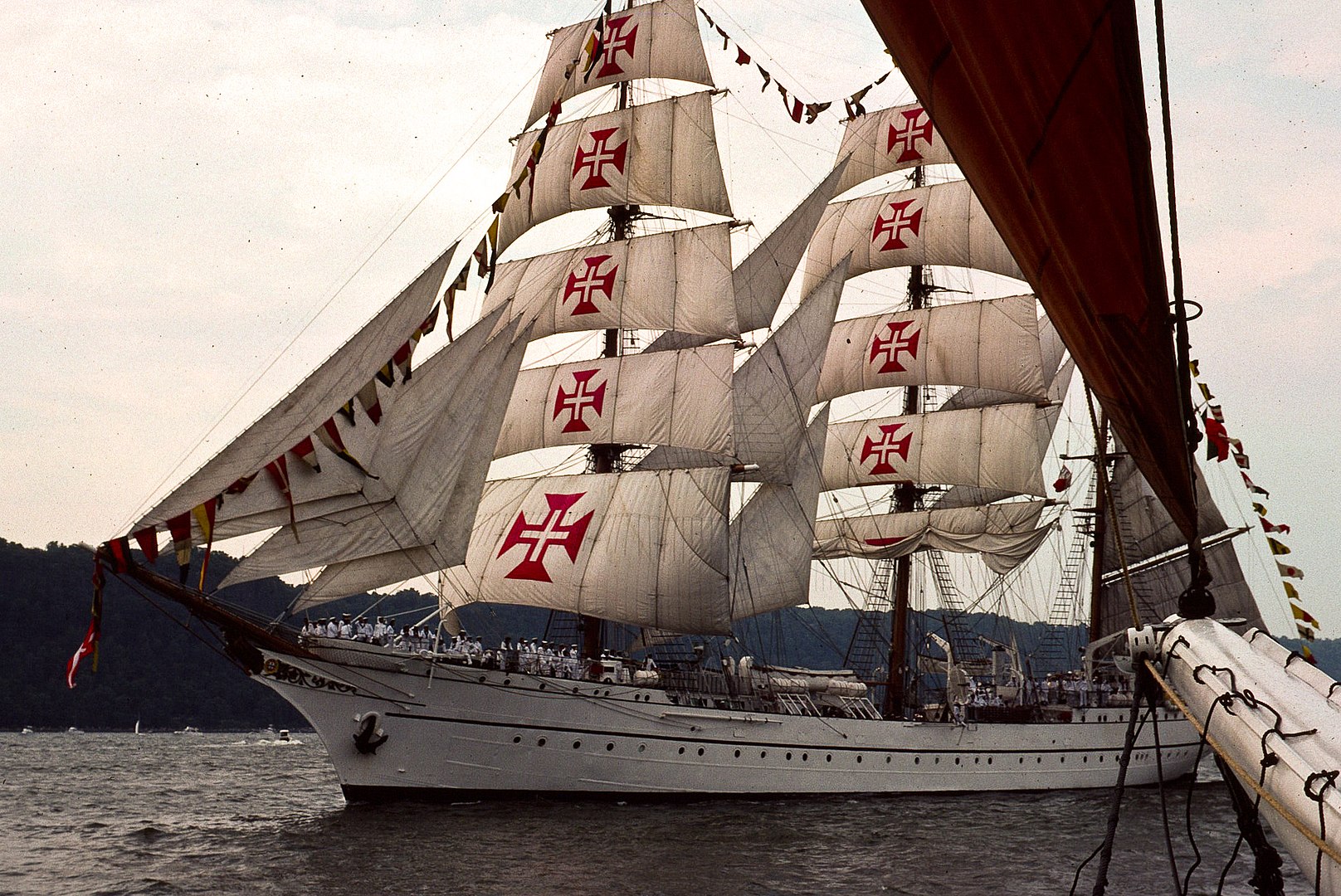 Sagres is a school-ship of the Portuguese Navy used to compliment the training of their future naval officers.

She was launched under the name 'Albert Leo Schlageter' for Nazi Germany's Kriegsmarine and is a sister ship to Gorch Fock (1933), the Horst Wessel (now USCGC Eagle), and Mircea (1938).

After being confiscated by the United States following World War 2, she was then sold on to Brazil in 1948 and re-named 'Guanabara' before eventually being sold to the Portuguese Navy in 1961 who gave her the name 'Sagres'.