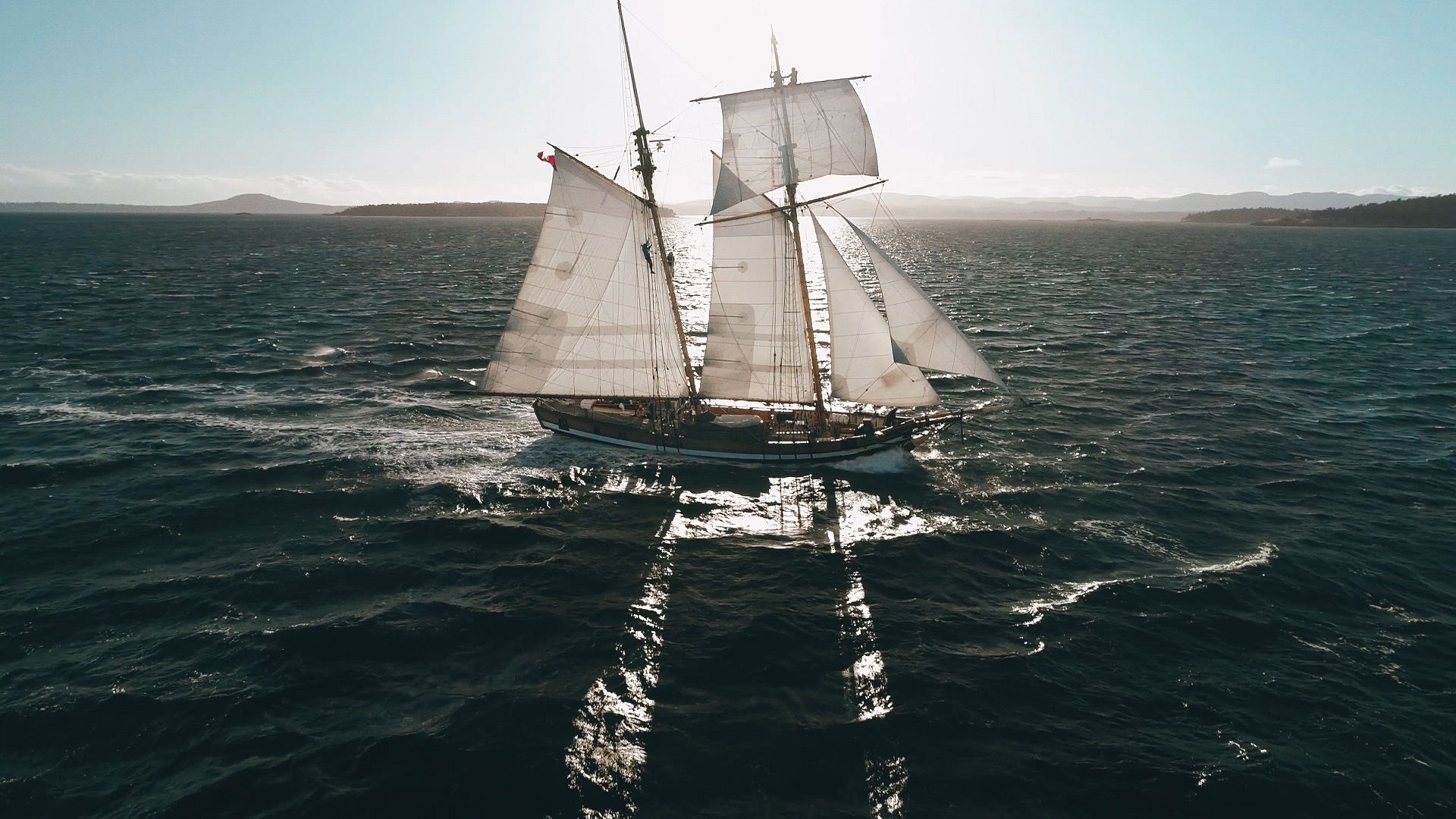 Pacific Swift is a 111ft class A square topsail launched in 1986.

Training young people, by the sea, for life

The Pacific Swift is a square topsail schooner based on the brig of 1778, a model developed at the height of traditional sailing vessel development. She is a sail training vessel owned and operated by S.A.L.T.S (Sail and Life Training Society) along the west coast of British Columbia. Each spring and fall, she takes school or youth groups on four and five day voyages to the Gulf Islands. In the summer months, individual young people climb aboard for ten-day summer voyages to extraordinary places, such as Desolation Sound, the Great Bear Rainforest, Haida Gwaii, and the West Coast of Vancouver Island. The Pacific Swift has sailed over 100,000 deep-sea miles to countless remote and far-flug places, including ports of call in Australia, Europe, Galapagos, Easter Island, and Pitcairn Islands.

The Pacific Swift was built as a living exhibit at the Expo 86 World Fair in Vancouver. The keel and frames were laid at Whaler Bay Shipyard on Galiano Island prior to the event and the rest of the ship was constructed onsite within the six month time-frame of the fair. Over 30,000 people were in attendance to watch the hull slip into the Pacific for the first time (reputed to be the largest audience at a ship launch in Canadian history). Historically, ships like the Pacific Swift were used as merchant, fishing or pilotage vessels. Today, she makes the ideal sail training vessel, with adequate space for accommodation, easily worked rigging, and a picturesque profile against the beautiful BC coastline.