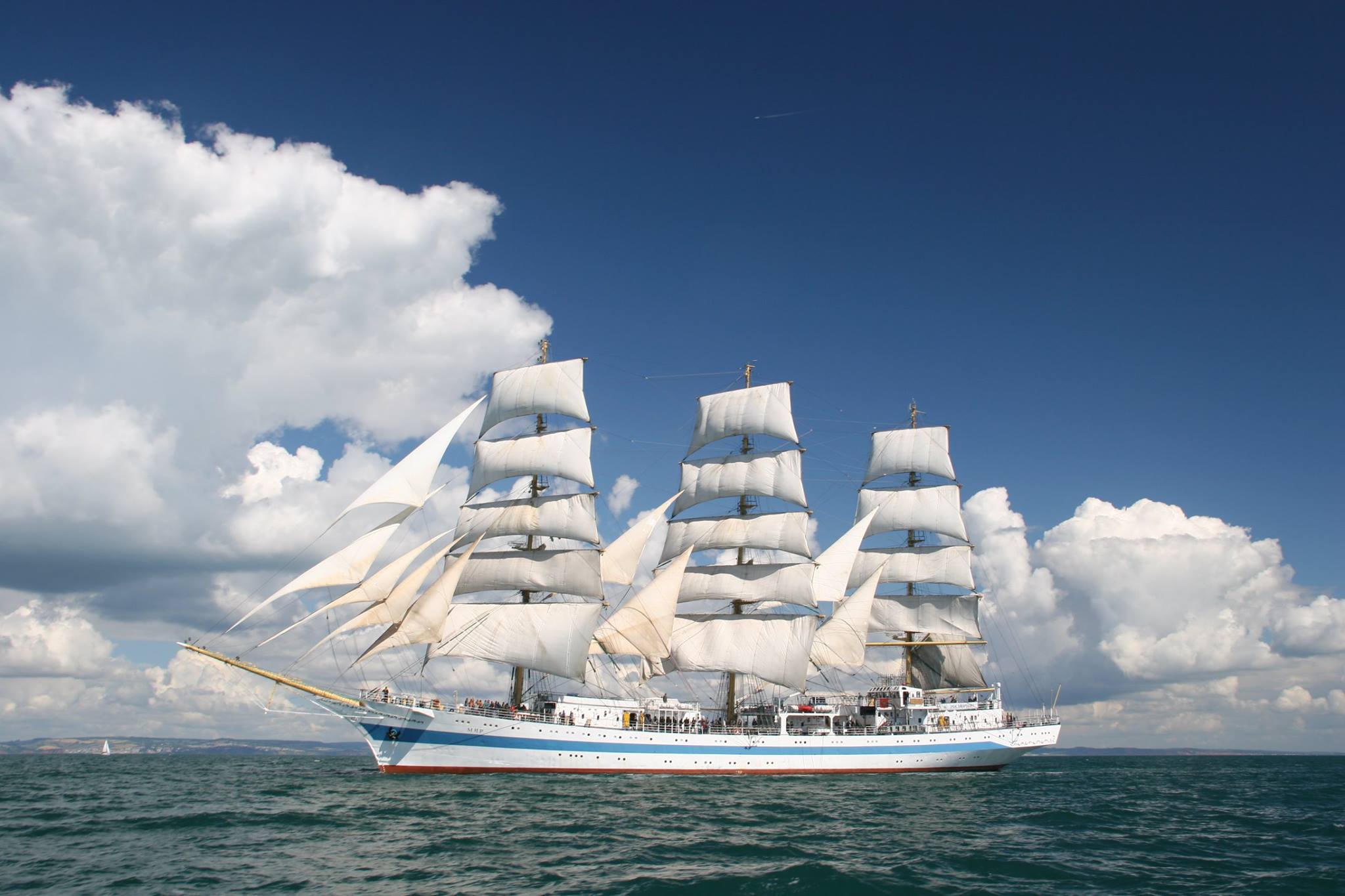 Sail Training Ship Mir is a symbol of Saint Petersburg and it proudly bears this title across the seas and oceans.

The history of this three-mast sailing ship started in Poland in 1987 at the legendary Polish shipyard Stocznia Gdanska.
The frigate was the second largest vessel among the ships of the same type, built between 1982 and 1992 based on the design of the famous engineer Sigmund Khoren, who graduated from Leningrad Ship Building Institute.
Since 1987 frigate Mir has been registered in the port of Leningrad. Over almost 30 years the sailing ship has gained triumph victories in sail training ship regattas.
In the Grand Regatta Columbus-500 in 1992, devoted to the discovery of America by Christopher Columbus in 1492, Mir came out as the absolute winner. His Majesty the King of Spain Juan Carlos I granted one of the prizes to the crew.
In 1998 the sailing ship was assigned the official status “Ambassador of Saint Petersburg”.
The latest achievement of STS Mir is the triumph in the Tall Ships Race 2018.
STS Mir is the fastest sailing ship in the world. Its officially registered maximum speed under canvas is 21 knots (38.9 km/h). In 2010 the ship established average speed record – 11.3 knots.