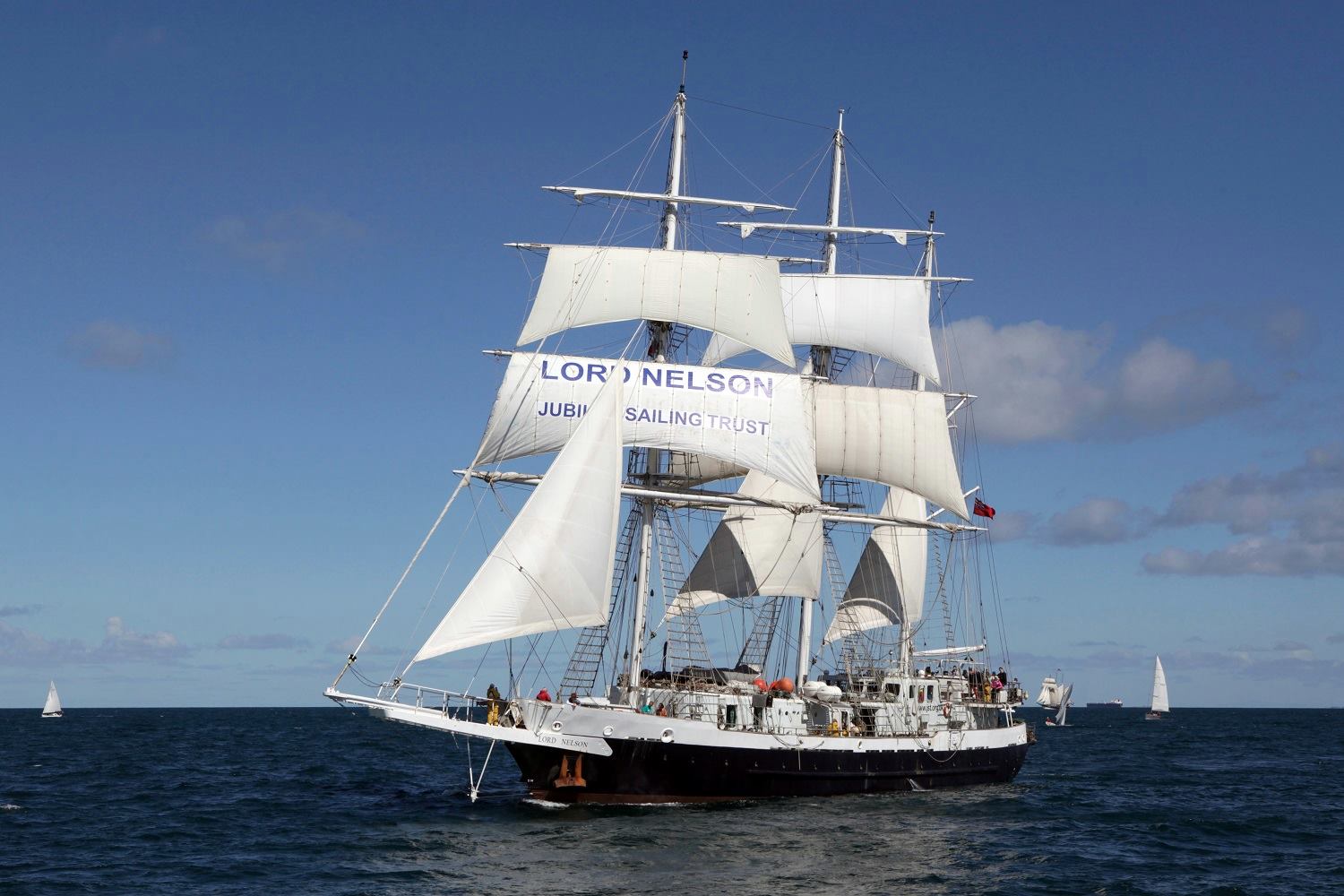 This vessel has now been decommissioned.
The details below may no longer be correct.

STS Lord Nelson is one of only two tall ships in the world designed to allow those of all physical abilities to sail side-by-side as equals.

Launched in 1986, Lord Nelson was the first tall ship in the world to be designed and built to enable people of all physical abilities to sail side by side on equal terms. She offers anything from introductory day sails to two-week voyages and even long ocean passages throughout the year. In 2012-14 Lord Nelson undertook her most ambitious adventure with disabled and able bodied crews, a circumnavigation of the world.

Lord Nelson's mission was so successful that the JST then launched their second ship SV Tenacious in 2000 and together these truly unique tall ships have now taken over 5500 wheelchair users, 1800 blind people, 540 amputees, 1600 people with cerebral palsy and 1,250 with hearing impairments to sea for what can only be described as life-changing adventures.

As well as regularly being seen at the annual Tall Ships Races and Regattas organised by Sail Training International, Lord Nelson's mission was recently taken beyond Europe as she began an inaugural two-year circumnavigation in 2012.

Did You Know? Lord Nelson offers an experience known as ‘Sail Training’, a course in personal and professional development championed by youth organisations, multi-national corporations and even navies from across the world. For those aged 16-25 this is part encompassed by the 'Youth Leadership at Sea' program operated onboard.