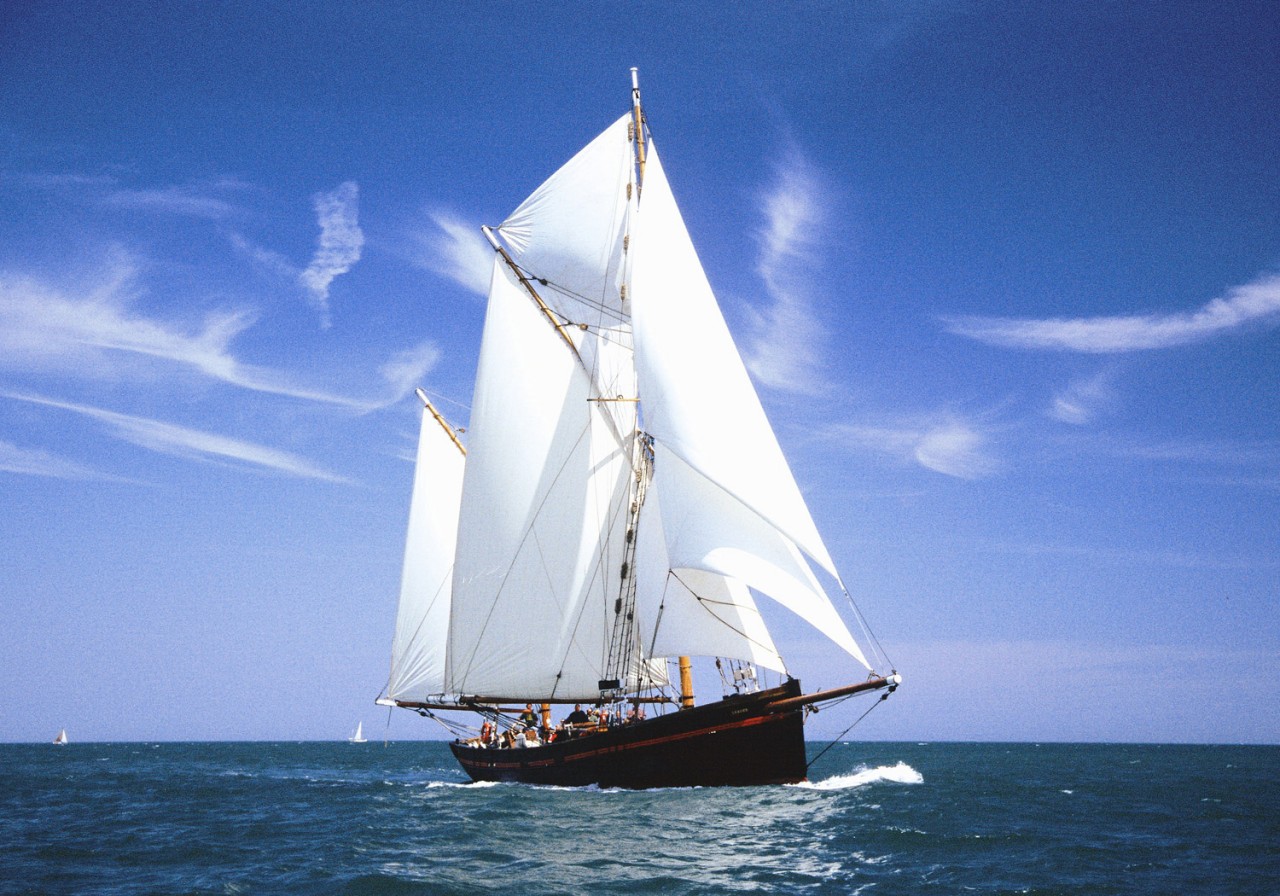 Leader was one of the largest of the Brixham sailing trawlers, known, despite their Ketch rigs, as the ‘Big Sloops’.

At 105 feet in length and with a displacement of 110 tonnes, Leader is the largest and oldest boat in the Trinity Sailing Foundation fleet, carrying a total 3,150 square feet of sail on a gaff ketch rig. Built in Devon in 1892, Leader originally fished in UK waters until 1907 when she was sold to new owners to operate off Sweden’s west coast. In 1970 Leader changed ownership again, becoming a sail training vessel for the Swedish Cruising Club.

In 1985 she began offering sailing holidays and charter opportunities off the west coast of Scotland under the name of ‘Lorne Leader’. In 1996 she was brought home to South Devon to operate out of Dartmouth before officially becoming a part of the Trinity fleet in 1999 at her new home port of Brixham. With help from the Heritage Lottery Fund she was then restored and modernised during the ‘Leader Project’ which featured as a part of the Channel 4 series ‘How Britain Worked’.

Leader now operates with a modern navigation system, accommodation for twelve guests and five crew, a large saloon area, modern galley, two heads and two hot showers. Her programme throughout the year sees her offer anything from charter to RYA courses, Sail Training and even DofE Gold Residential voyages with no prior experience required to get on board. You’ll also regularly see her attending many key tall ships events across the UK.