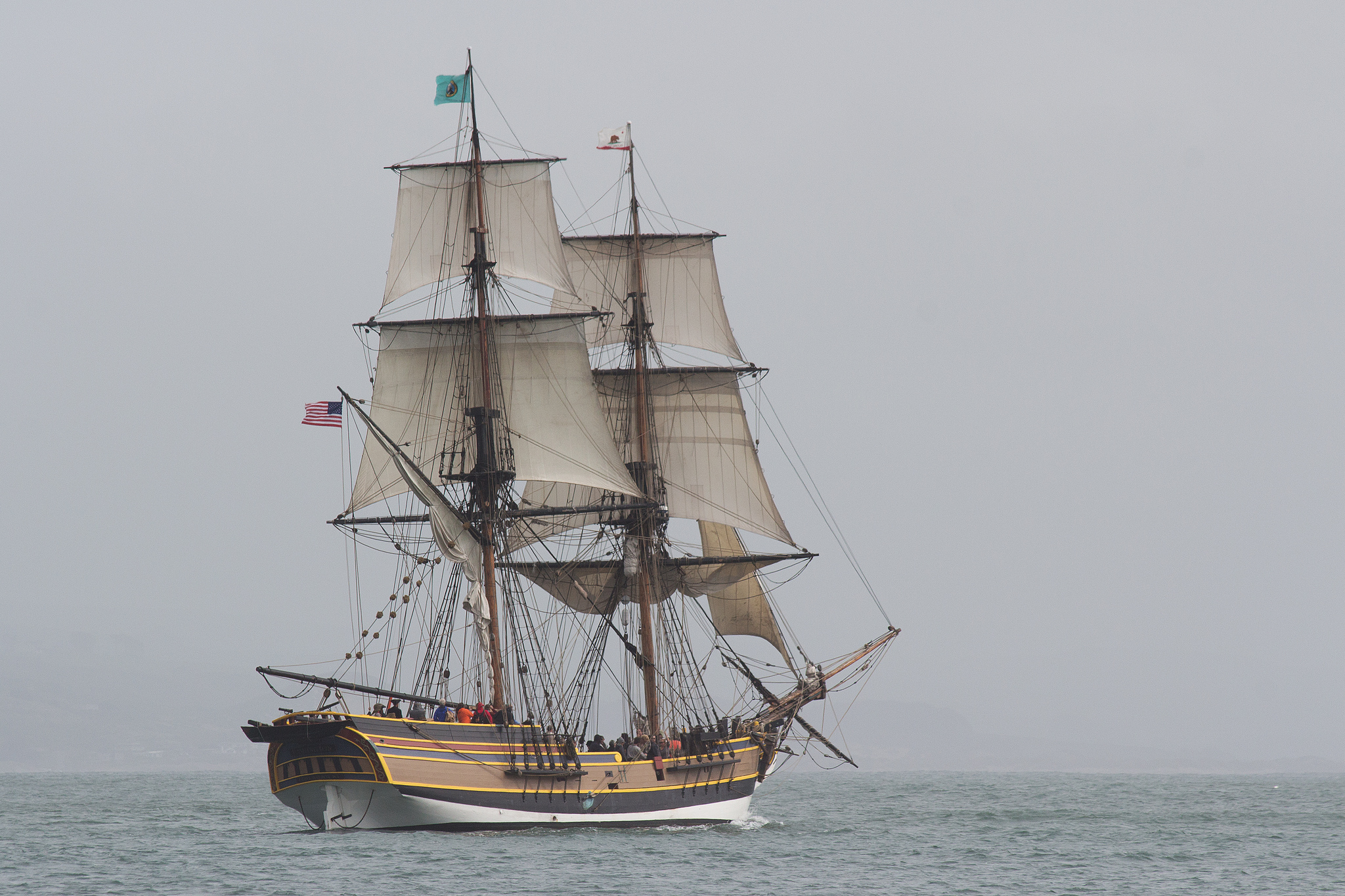 Launched as part of the 1989 Washington State Centennial celebrations, Lady Washington is a full-scale replica of her namesake original, a 112ft brig. She has a total sail area of 4,442 square feet, two 3-pounder guns aft and can accommodate up to 45 passengers alongside a crew of 12.

Owned and operated by Grays Harbor Historical Seaport Authority, her purpose to this day is 'to promote and preserve maritime history and traditions' by providing hands-on Sail Training and educational opportunities for adults and children alike.

Lady Washington makes herself open to the public during many port visits each year and as well as offering passage voyages to those looking to get truly hands on she is also available for charter, private events, filming services, the latter of which has seen her feature in many films over the years, including Pirates of the Caribbean: The Curse of the Black Pearl in 2003.

The original Lady Washington was constructed in the 1750s as a single-masted sloop. In 1878 - following the Revolutionary War - she was refitted as a two-masted brig. Such a refit would allow her to take on trading voyages via Cape Horn and become the first US flagged vessel to make landfall on the west coast of North America.

She then went on to be a pioneer of the Pan-Pacific trade. Lady Washington was the first US flagged vessel to visit Japan, Honolulu and Hong Kong and is well known for having opened the black pearl and sandalwood trade between Hawaii and Asia.