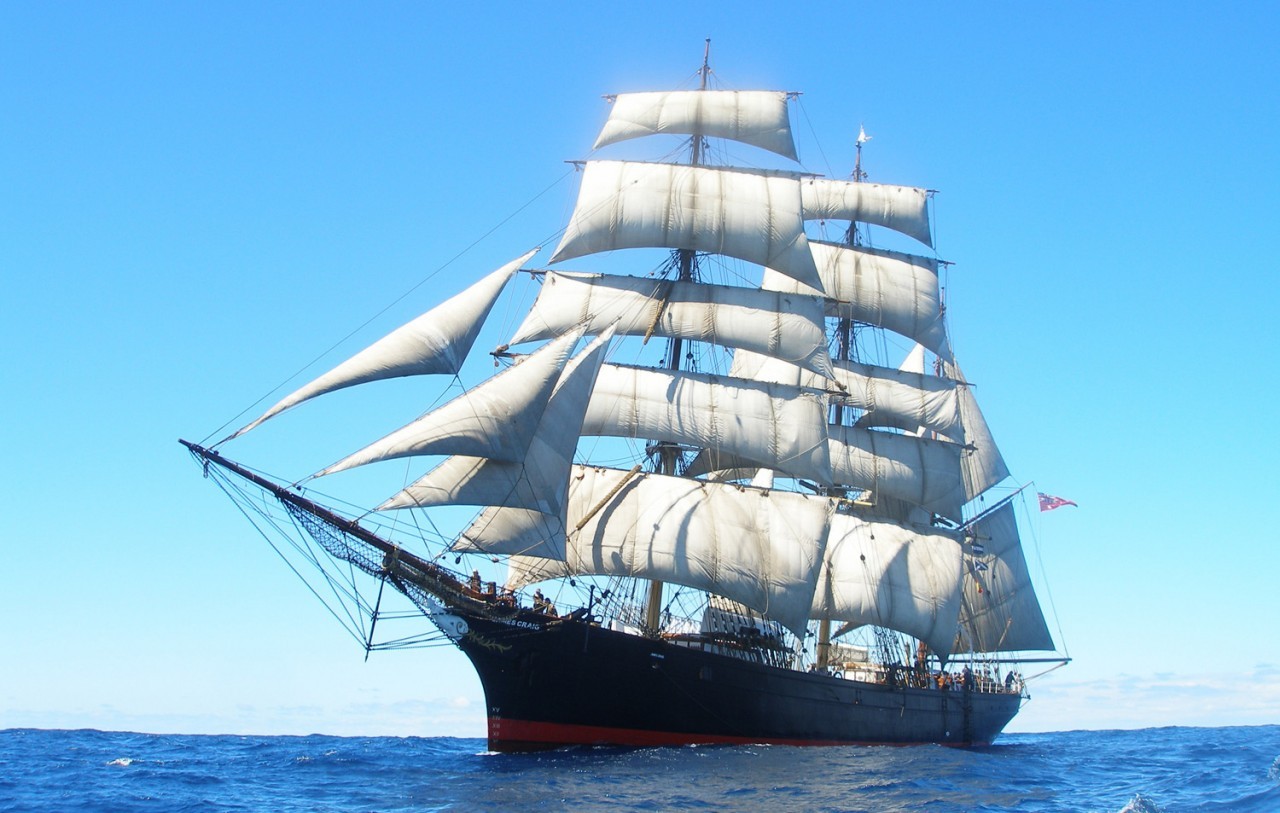 SV James Craig is a class A 3 masted barque.

Barque James Craig is rightly famous around the world. She is Sydney’s only 19th Century square rigger (or Tall Ship) and her incredible restoration to full sailing condition was recognised in 2003 by the World Ship Trust’s award of their prestigious Maritime Medal. Her restoration cost almost $A30 million and took nearly 40 years to complete after she was rescued from Recherche Bay in far southern Tasmania.

James Craig is owned by the Sydney Heritage Fleet, a community based, non-profit organisation dedicated to the preservation of Australia’s maritime heritage. The Fleet operates what is thought to be the largest fleet of operational heritage ships and boats anywhere in the world.