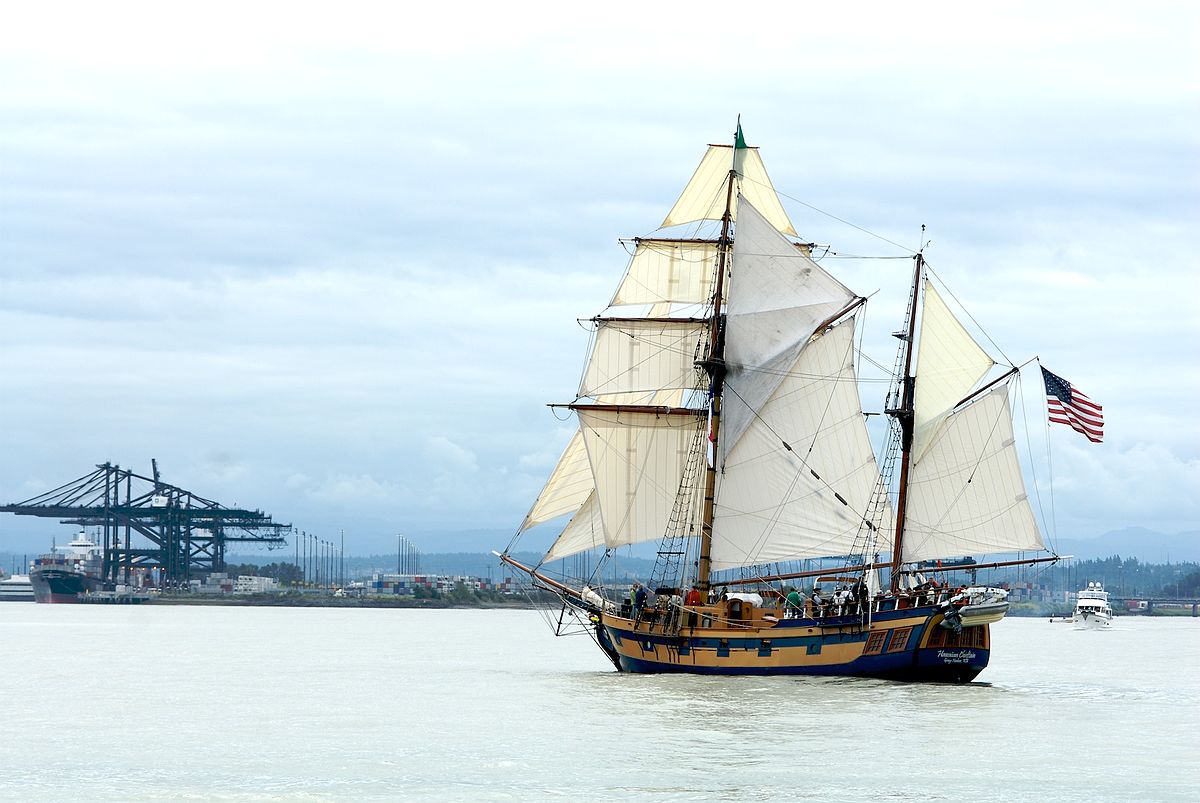 With a design influenced by early colonial passenger and coastal packet service vessels that traded between Atantic coast cities, Hawaiian Chieftain was launched in 1988 with the sole purpose of trading cargo among the islands of Hawaii.

Her design would allow her to sail well and enter many ports due to a shallow draft. She's a gaff rigged topsail ketch with a length overall of 109' 9" and a total sail area of 4,200 square feet.

She would go on to change ownership a number of times over the years before eventually being purchased by Grays Harbor Historical Seaport Authority (GHHSA) in October 2005. This purchase followed partnerships with previous owners that had seen Hawaiian Chieftain stage mock battles with Lady Washington (another ship owned by GHHSA) a number of times since their first coming together in San Fransisco Bay in 1993.

Her purpose under the ownership of Grays Harbor Historical Seaport Authority is "to promote and preserve maritime history and traditions" by providing hands-on Sail Training and educational opportunities for adults and children alike.

Hawaiian Chieftain makes herself open to the public during many port visits each year and as well as offering passage voyages to those looking to get truly hands on she is also available for charter, private events and filming services.