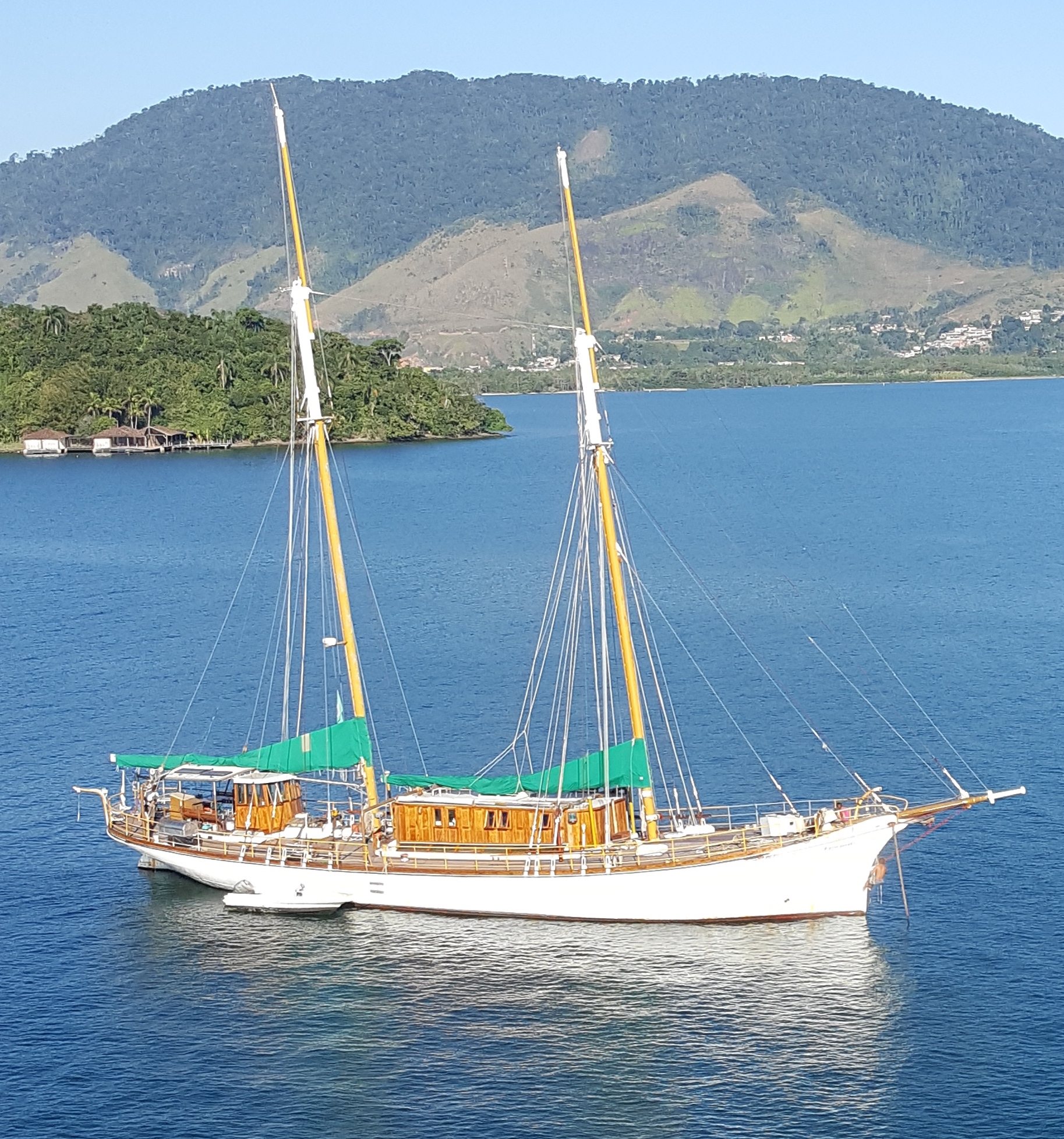 Built in 1886 and restored in 1990, tall ship Goleta Gringo is among the oldest sailing vessel still travelling. More than 130 years sailing

Goleta Gringo is a ~120ft schooner, built under the name Luigi Palma by the Roncallo shipyard, in Pegli (Genoa, Italy), in 1886. Today, she is one of the oldest boats in the world that is still travelling, besides preserving her original rig. She was built as a wind-powered cargo boat and, this way, she sailed between Europe and South America for 4 decades.
In her first days, she used to sail between the Mediterranean Sea and the north of Europe, carrying Carrara marble to Ireland. Later, she carried coal between the north of Europe and South America. Likewise, she transported European immigrants to America, who paid the price of the volume of coal that they occupied. At the port of Buenos Aires (Argentina) the boat was loaded with wheat and went back to Italy.
In the year 1933, she arrived in Argentina and she never went back to Europe again. Once there, she was re-baptized her as Pegli.
She kept sailing for decades along the southern coasts of South America, carrying potatoes and onions between Buenos Aires (Argentina) and Rio Grande do Sul (Brazil), carrying general cargo to Mar del Plata and Necochea (Argentina) and carrying wood up the Parana river
In the 1950's (circa 1954), the schooner's rigging was partially reduced and the first engine was incorporated to supply the new needs of transportation. Later, in the 1970's, her rigging was completely removed and she was transformed into a barge until she was eventually abandoned by the banks of the Lujan river in 1974.
In the 1990's, the schooner Pegli was lucky to be rediscovered by her current owner and captain, who restored her completely on his own, spending about 20years getting her into sailing condition again. She was now renamed as Gringo.
For her restoration, they were dependent on only a few files. Argentina’s National Marine Register (RINA) had thrown away the data (including the plans) of the schooner. So, the hull and the rigging of the schooner could be restored from old pictures, programs of digital reconstruction and the memories of an old sailor of the Luigi Palma. Mr. Fausto Braganti, who had spent many years of his life aboard the boat, confirmed the calculations of the ballast and sail-area. Although a new engine and two generators have been incorporated and she also has the aid of new technology, with her original schooner rig and riveted iron hull, Gringo is still, essentially, the same schooner which was sailing across the ocean in the XIX century.