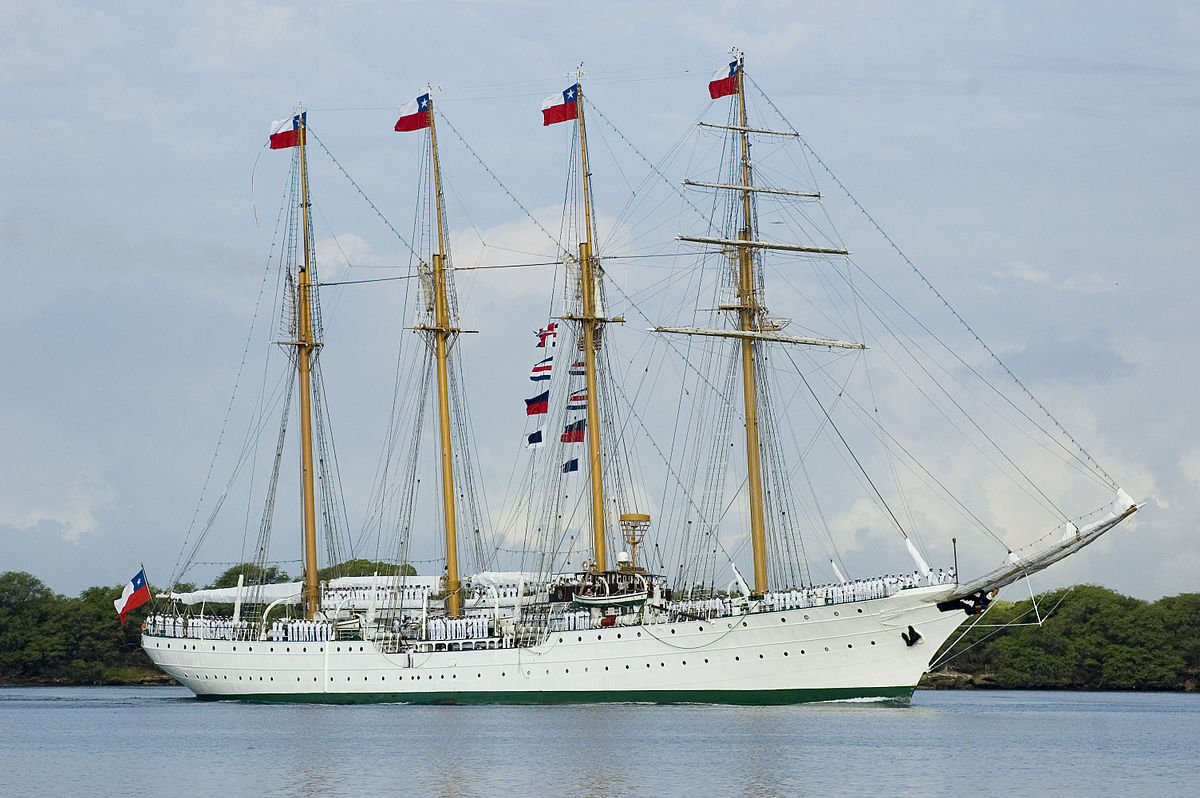 Esmeralda is a class A 4 masted barquentine.

Originally intended to become a sail training ship of the Spanish Navy, construction of Esmeralda (which began in 1946) ground to a halt one year later as the shipyard in Cadiz suffered significant explosions, damaging the vessel in the process. In 1951, with the vessel still incomplete, she was officially handed to Chile as part of debt repayments for assistance provided by Chile during the Spanish Civil War. Construction of the vessel was then continued. She was launched in 1953 and officially delivered to the Chilean Government in 1954.

Since her launch she has operated as a sail training ship of the Chilean Navy and as an ambassador for the nation across the world attending many key tall ships events such as Operation Sail (1964, 1976 and 1986), Osaka World Sail in 1983 and numerous editions of The Cutty Sark Tall Ships Races.

Perhaps more controversially, it has been reported that Esmeralda was used as a 'Torture Ship' by the Augusto Pinochet regime between 1973 and 1980, a fact that has regularly attracted protests to the ship during many international port visits.

Did You Know? Many navies from across the world use tall ships like Esmeralda to expose their cadets to an experience known as 'Sail Training', a course in personal and professional development championed worldwide for its effectiveness in developing key skills in leadership, teamwork and more.