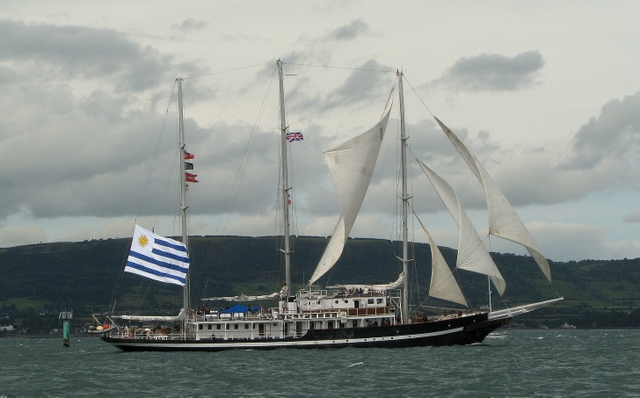 Capitán Miranda is a class A 3 masted schooner.

Originally built as a survey vessel for the Uruguayan Navy, Capitán Miranda saw many decades of successful service until she was eventually given a schooner rig and a new purpose as a sail training vessel in 1977. In 1988 she completed her inaugural circumnavigation (it took 355 days), becoming the first ever vessel of the Uruguayan Navy to do so. As a part of that voyage she attended the Australian Bicentennial celebrations in Sydney, at which time she won a race in which many other naval tall ships competed.

Did You Know? Many navies from across the world use tall ships like Capitán Miranda to expose their cadets to an experience known as 'Sail Training', a course in personal and professional development championed worldwide for its effectiveness in developing key skills in leadership, teamwork and more.