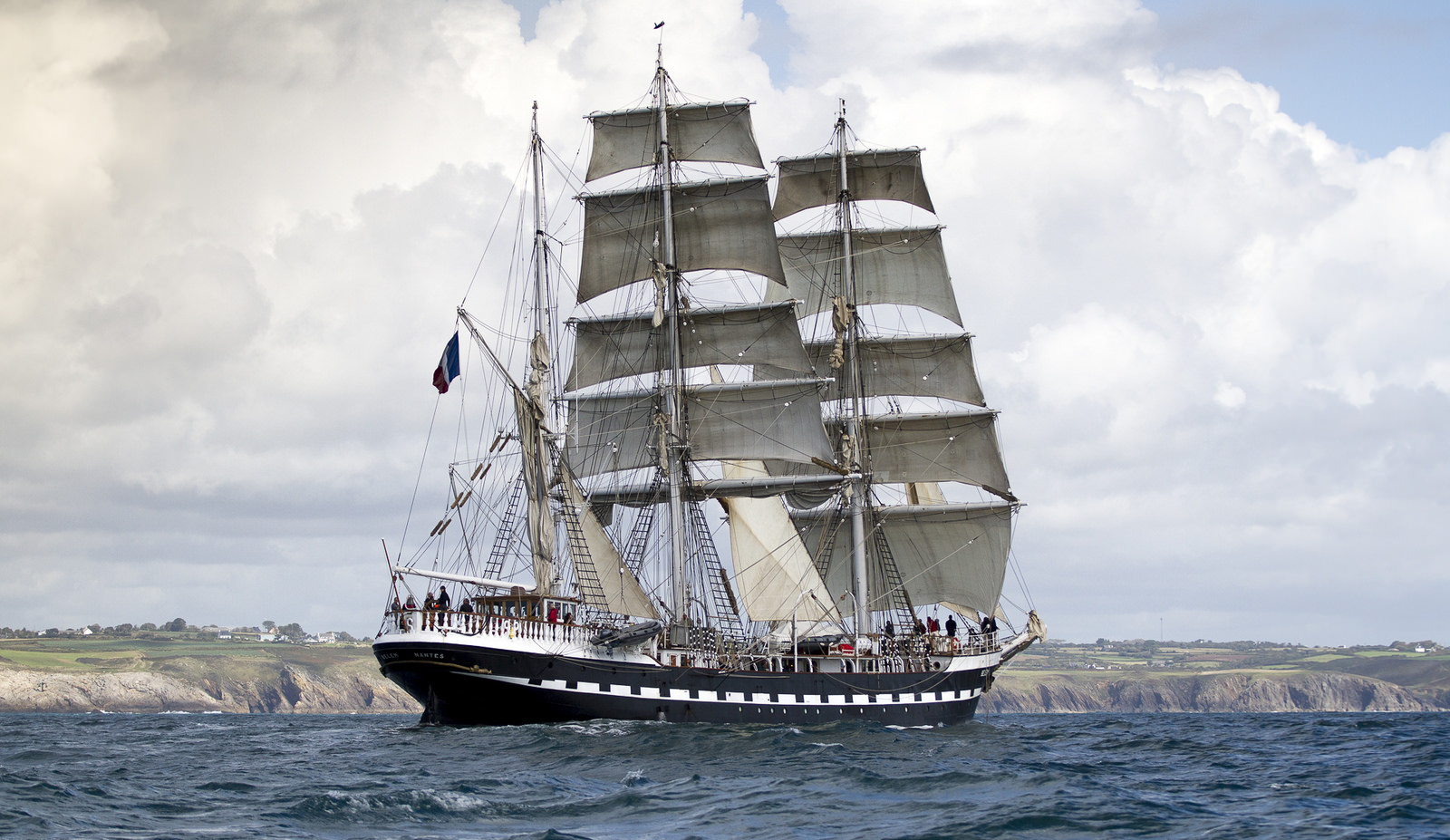 Having begun life as a cargo ship transporting sugar from the West Indies as well as cocoa and coffee from Brazil and French Guiana to Nantes in France, the tall ship Belem is now over 120 years old.

Her history has many highlights. In 1914 she was bought to become a private yacht for Hugh Grosvenor, 2nd Duke of Westminster (who renamed her Fantôme II) and in 1922 she was bought by the beer baron Sir Arthur Ernest Guinness who at the time was Commodore of he Royal St. George Yacht Club in Kingstown, Ireland. Less than a year after his purchase, Sir Author took Belem on a seven seas voyage around the world with his three daughters.

In 1951 she was sold to Venezian Count Vittorio Cini who renamed her Giorgio Cini (after his late son). Under the ownership of Vittorio, Giorgio Cini was refitted as a barquentine and used for Sail Training until 1965, at which point it was decided she was no longer fit for use due to her age.

Seven years later the Italian Caribinieri began to convert the vessel to a barque rig but it would become the property of the shipyard when they could no longer afford to continue. She was eventually re-rigged to a barque in 1976 and following a full restoration to her original condition she was later returned to her home port of Nantes as Belem in January of 1979.

Ever since then, Belem has provided Sail Training opportunities to over 50,000 people whilst acting as an ambassador for her country and a sailing museum that attracts over 40,000 visitors a year in various ports across her home county and the world. In 1984 Belem was officially registered as a historical monument in France.